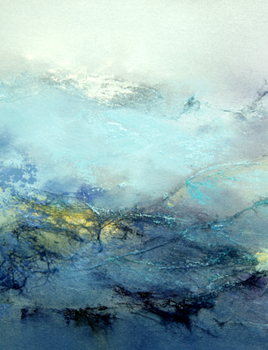 ‘Geometry was not my mother tongue’

This upcoming exhibition by the  Grid Collective will take place in the Rua Red gallery in Tallaght in the cafe display area. It features work based on the theme of Geometry, following a dialogue among the collective which began in 2017 and continued in subsequent shows. The works in this exhibition are the outcome both individually and collaboratively of the many hours we spent exploring the role of geometry in creative endeavour. It will feature a number of our individual work along with some collective pieces. Our aim is always to provoke discussion and further conversation about the ideas underlying art practice. We love talking about art!

This exhibition by the  Grid Collective took place in McAuley Place Arts and Culture venue in Naas Co. Kildare. It featured a number of our individual work along with some collective pieces.

Playing with the Grid

My next exhibition is with a group of four artists called Grid Collective and this will take place in Celbridge in the County Kildare Library and Arts Services. The exhibition opens on Thursday the 23rd of February at 7pm. The official opening is by the author Patrick Dunne. It will run until March 2nd. 2017, during library opening hours.

This was a group exhibition with six other artists who are also architects.

This was a solo exhibition which took place at Oliveto in the Kingston Hotel Dunlaogaire.

This was a joint exhibition with artist Joan Gleeson which took place in the Sol Art Gallery in Dawson Street, Dublin. Joan Gleeson is mainly a print and watercolour artist and you can view her work on www.joangleeson.com.

This exhibition took place in Number 10 Lower Ormond Quay. The exhibition also included a number of sculptures by Pat Cooney.

This exhibition took place in September 2007 in the Architecture Gallery of the Royal Institute of Architects of Ireland (RIAI), Merrion Square, Dublin.

My first solo exhibition which was based on the theme of ‘Creation’ took place in the Long Gallery at Rathfarnham Castle.